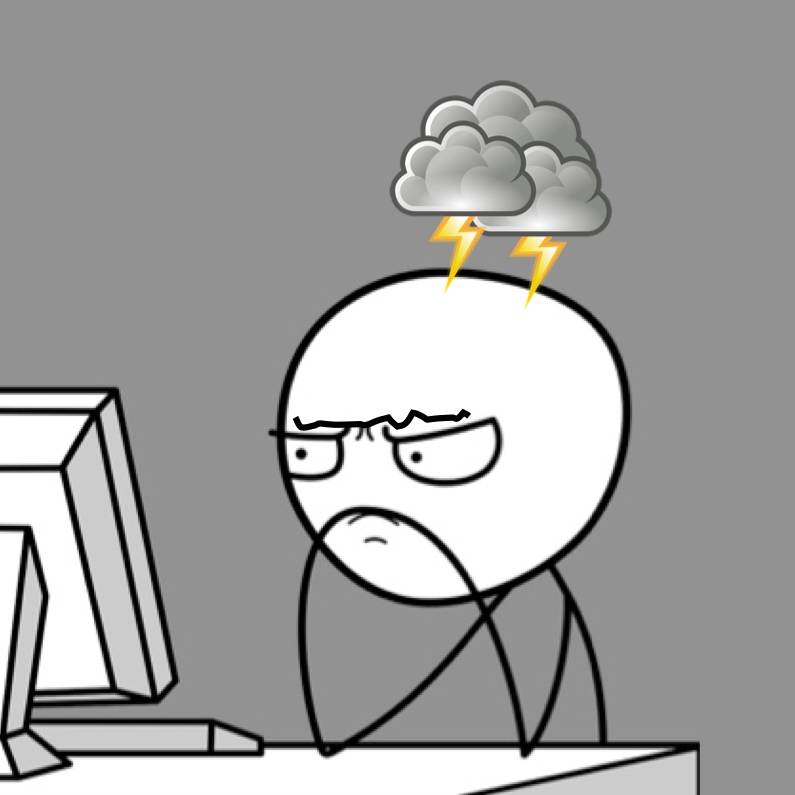 I just hate this commercial. Every time I see it I get absolutely furious. It is patently, obviously, in-your-face WRONG on just about every level. This is the latest Nestlé bottled water commercial, showing on Canadian TV. It shows a well-dressed, well-fed little white girl, complete with safety goggles, drinking  bottled water and asking “what can we do for the planet”? Then it goes on to say that Nestlé is reducing the percentage of plastic used in their plastic bottles. 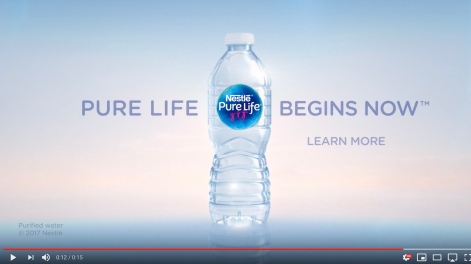 The voice-over goes: “What can we do for the planet? We’ve reduced the amount of plastic in our half liter bottles by 40%. Nestlé Pure Life – Pure Life begins now.” In teeny weeny print, at the bottom of the last screen, it says “since 2005”. The text with the ad on YouTube further explains: “All of our bottles of purified water are 100% recyclable and BPA free. Once recovered and sent to a recycler, our bottles are cleaned, dried and melted into pellets (called nurdles) and can be used for new bottles and all sorts of new, reusable things.”

If you look closer at what they are doing, this commercial is a lie per second. Every bit of it is highly debatable and doubtful.

“Nestlé has come to dominate a controversial industry, spring by spring, often going into economically depressed municipalities with the promise of jobs and new infrastructure in exchange for tax breaks and access to a resource that’s scarce for millions. Where Nestlé encounters grass-roots resistance against its industrial-strength guzzling, it deploys lawyers; where it’s welcome, it can push the limits of that hospitality, sometimes with the acquiescence of state and local governments that are too cash-strapped or inept to say no. There are the usual costs of doing business, including transportation, infrastructure, and salaries. But Nestlé pays little for the product it bottles—sometimes a municipal rate and other times just a nominal extraction fee. In Michigan, it’s $200.” (Caroline Winter, Nestlé Makes Billions Bottling Water It Pays Nearly Nothing For, in Bloomberg Businessweek, Sept, 21, 2017, rtrvd. Sept. 30, 2018)

What they are doing is peddling their bottled water by targeting the fears of consumers about what’s in their tap water. That is understandable where the water treatment systems have broken down, like in Flint, in Michigan, or in highly polluted cities. But Nestlé’s products dominate the world as much as Coca Cola’s products do – necessary or not. The irony is that in rural communities that have rain and rivers, but not access to piped water, simple, cheap rainwater gathering systems and water cleaning methods will work just fine.

I’m not a Greenie, but this sort of corporate holier-than-thou attitude does my head in, especially when it is so obvious that they are anything but holier-than-thou. In that byline about the percentage plastics in their bottles lies a whole different problem.

“The production of virgin PET begins with the production of nurdles–teeny tiny plastic resin pellets–made from petroleum and other products. Unfortunately, nurdles are little troublemakers that often find their way into waterways. Additionally, making nurdles requires a lot of energy, much more then grinding up plastic bottles.” (Kelsey Abbott, How do you turn a few plastic bottles into polyester and performance apparel?, Science made Simple, rtvd. 2018-09-30)

Nurdles cannot be made from recycled bottles, only from raw resources. You surely cannot make “new water bottles” as the ad claims, from recycled PET1. These chopped up bottles are used to make plastic parking stops, park benches, or synthetic clothing like fleece. It is also frequently recycled through incineration, which is another problem altogether.

And the numbers are contradictory

Imagine what a difference this huge company could make if it decided to sell water in glass bottles (reuseable and recyclable), or decided rather to  fix up water pipelines, build treatment facilities or pipelines, or cure people with diseases caught from dirty water, thereby getting people to provide their own water rather than having to buy Nestlé’s bottles. This would reduce their consumer market but actually do the world a lot of good. A good teacher or doctor knows that if they do their job well, they would make themselves redundant. Sure, by helping people to help themselves Nestlé would make themselves redundant, but that would be true philanthropy.

But this is not the way the company is going. The advertising campaign’s objectives were clearly stated by Andrius Dapkus, VP-general manager of Pure Life at Nestlé Waters North America: “to make the choice of Nestle Pure Life a conscious choice for our consumers, a purposeful choice. And we are going to do that by connecting the actions that we take as a brand to that choice,” he said.

I hope for all our sakes that the campaign does not work, but, judging by the fact that people do believe this kind of sentimental fantasy nonsense, it probably will. More so’s the pity.

So, now you know why I totally hate this ad.